Follow @Adam_Dempsey
With a working audio background of 32 years and 23 years of mastering professionally, Adam Dempsey brings a wealth of mastering experience to Deluxe Mastering in Melbourne’s arts hub of Brunswick.

Following 11 and a half years at Australia’s first independent mastering facility, mastering for cassette tapes, then as Senior Mastering Engineer for CD mastering and audio restoration, Adam joined Jack the Bear’s Deluxe Mastering in 2006. He brings a background in mastering all music genres including ARIA Award, Bell Award, and The Age Music Victoria Award-winning and nominated releases, with a passion for high definition music, an ear for detail, and a “do no harm” and collaborative approach to music mastering.

Adam’s interest in music and audio began at an early age with a 1/4” reel to reel tape recorder, soon progressing to cassette tape editing on a twin-deck cassette recorder with 5 band graphic equaliser and wearing out its motors. In 1986, in addition to five years of studying trombone, Adam delved into community radio as a volunteer announcer and trainer, being one of the founders of what is now Yarra Valley FM. This also led him to mobile disco DJ work, 8-track recording, RMIT student radio (now SYN 90.7), a stint in film sound as a boom operator, engineering studies at Melbourne’s famed Sing Sing and Metropolis studios, live sound mixing, and as a drummer for 14 years in several gigging bands across Melbourne. 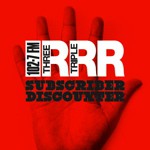 Releases mastered by Adam Dempsey include: